It is difficult to explain one's self in a few words. Though if you look through this whole website you will see many events from my past that make up who I am now. Here are a few basic facts about me, but they do not define who I am. Probably the only way to actually figure out who I am is to walk with me for a few miles of life and through that we could both learn a little about me. 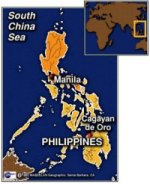 I was born in the City of Cagayan De Oro, Philippines on September 13th, 1975. Little is known about my natural parents. Before giving me up for adoption they named me Julius Caesar. While living in a foster home I was baptized a Catholic and given the Name Nicholas or Niko for short. As I understand it I was a sick child and was kept away from the other children. About 18 months after my birth Merwyn and Barbara Nelson, returning missionaries, were looking for a second child to adopt. They had visited several orphanages and had not found a baby to adopt yet. Then they were taken to see me. Shortly there after the adopted me!

We lived in the Philippines for a short while before returning to the United States. I was given a Filipino passport to travel to the USA. One can only imagine the great qualifications I brought with me at the time, illiteracy, no job, completely dependent. I wonder what questions the customs agent asked me and how I responded! Shortly after arriving in the US I became a naturalized citizen of the US. There is a picture of me in a newspaper from that day with me waving an American flag.

We lived by Penn State University and Michigan State University while my father received Doctoral and post doctoral degrees. During this time I saw little of my dad. He was working on either his doctoral or post doctoral degree plus earning enough money to support a family of 4. But the time that we did get to spend together was magical. My mother was always there for me. Making celery and peanut butter snacks, arranging play times with the other preschool kids in our neighborhood, and keeping the peace between my older sister and I!

We then moved to Springfield, IL in 1982. This is where I truly grew up. I attended Owen Marsh grade school, Iles Elementary, Grant Middle School, and then Springfield High School. I met several of my life long friends in Springfield and all of my life changing adventures started here. While in Springfield I learned how to play the piano, baritone horn, and guitar. I attended church camps and cub scouts. I played t-ball and studied karate. I had my first girlfriend and my first break up. There are several memories from Springfield that I plan to eventually add to this website.

After graduating highschool I attended Millikin University in Decatur, IL. At Millikin I joined the service fraternity Alpha Phi Omega and the music fraternity Phi Mu Alpha. I participated in the men's and mixed choirs of Millikin and received a weekly stipend for singing at the local Presbyterian church. I would walk several block to attend a Tae Kwon Do school and later drive downtown to attend a Karate school. In the mid-1990's I worked as the Director for an after school program for inner city kids and joined a student run a capella group called Disarranged. A decade after graduation high School and a 4 year absence from school I received my undergraduate degree from Millikin. I am currently finishing my Masters degree in history at the University of Illinois at Springfield.

My major hobbies are karate, biking, triathlons, and running. I really enjoy camping and traveling.

I hope to add more to this page at a later date, but for now feel free to visit the rest of my website to learn more about me.

Back to My life
Back to homepage
Email me!